Civil rights activist Rosa Parks was born on February 4, 1913 in Tuskegee, Alabama. She attended the Montgomery Industrial School, which emphasized domestic sciences such as cooking, sewing, and caring for the sick. She married Raymond Parks in 1932 and was one of the first women to join the Montgomery branch of the NAACP in 1943. On December 1, 1955, Parks refused to give up her seat on a city bus to a white man and was arrested and fined for violating a city ordinance. Her actions inspired 50,000 blacks in Montgomery to boycott the city buses for a year until the U.S. Supreme Court ruled the segregated busing policy was unconstitutional. She moved to Detroit, Michigan with her husband in 1957 and served as a secretary/ receptionist for U.S. Representative John Conyers from 1965 to 1988. She founded the Rosa and Raymond Parks Institute for Self-Development, which sponsors an annual summer bus trip around the country for teenagers to learn the history of their country and the civil rights movement. She received numerous awards during her lifetime including the NAACP's Springarn Medal in 1979, the Presidential Medal of Freedom in 1996, and the Congressional Gold Medal in 1999. She died on October 24, 2005 at the age of 92. 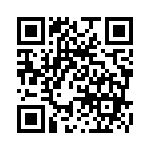