Michele Elam (née Birnbaum) is Martin Luther King, Jr Centennial Professor, Olivier Nomellini Family University Fellow in Undergraduate Education, Professor of English and Director of Curriculum at Stanford University, California. She is the author of The Souls of Mixed Folk: Race, Politics, and Aesthetics in the New Millennium (2011) and editor of The Cambridge Companion to James Baldwin (forthcoming, 2014). Chair of the Executive Committee for the Black Literatures and Culture Division of the Modern Language Association (2009-13), at Stanford University she has served as Director of the Program in African and African American Studies (2007-10) and Director of Undergraduate Studies in the Department of English (2006-8). Elam is twice the recipient of the St Clair Drake Outstanding Teaching Award at Stanford (2004 and 2006). 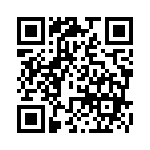