Janet Gray is an assistant professor in the Women’s and Gender Studies program at the College of New Jersey. She is the editor of She Wields a Pen: American Women Poets of the Nineteenth Century (Iowa, 1997). 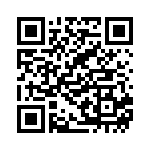