ARLENE QUARATIELLO is a freelance writer and the author of The College Student's Research Companion. She has worked as an academic reference librarian at Merrimack College and Emerson College. 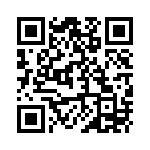