David Theo Goldberg is Director of the School of Justice Studies at Arizona State University. He is the author of Racist Culture (1993) and editor of Anatomy of Racism(1990) and Multiculturalism: A Critical Reader (1995). 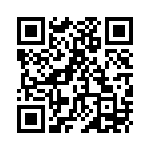