Hugh Johnston is a professor emeritus in history at Simon Fraser University, where he has taught for thirty-seven years. For eleven of those years, he was department chair. Johnston was educated at the University of Toronto, the University of Western Ontario and King's College at the University of London. From 1992 to 2001, he served on the board of the Shastri Indo-Canadian Institute, which promotes collaboration between India and Canada through scholarly activities and cultural exchange, and in 1995-96, he was resident director of the India officer of the institute. Johnston's previous books include British Emigration Policy 1815-1830; Shovelling Out Paupers, The Voyage of the Komagata Maru: The Sikh Challenge to Canada's Colour Bar and The Four Quarters of the Night: The Life Story of an Emigrant Sikh. 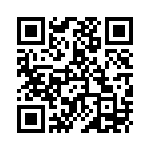