Quick read, simple message, but sometimes the simplest of messages are the hardest to see without an outside perspective. And I'm more receptive to the message at this point in my life/career than when I was first given the book (mid-1990s), so context matters. Read full review

I do not remember how I heard about this book. I have a vague recollection of reading that someone had just finished it. I first attempted to get it as an audiobook because I tend to get my nonfiction ... Read full review

Ken Blanchard is the founder and Chairman of The Ken Blanchard Companies. His One Minute Manager series has sold over 18 million copies and been translated into more than 25 languages. He has also written or co-authored numerous other books, including Gung Ho!, Big Bucks! and Raving Fans!. The Blanchards currently live in San Diego. 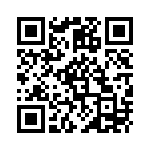