Born in a Kent village, Walter de la Mare was born on April 25, 1873. He was an English poet, short story writer and novelist. He is probably best remembered for his works for children and for his poem "The Listeners". His 1921 novel Memoirs of a Midget won the James Tait Black Memorial Prize for fiction and his post-war Collected Stories for Children won the 1947 Carnegie Medal for British children's books. De la Mare's first book, Songs of Childhood, was published under the name Walter Ramal. He worked in the statistics department of the London office of Standard Oil for eighteen years to support his family, but nevertheless found time to write. De la Mare suffered from a coronary thrombosis in 1947 and died of another in 1956. His ashes are buried in the crypt of St Paul's Cathedral, where he had once been a choirboy. 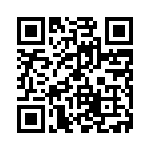