So far, mainstream interaction design is predominantly a visual/temporal field, even though the research labs have done interesting work in tangible user interfaces, haptics, auditory interaction and ... Read full review

This collection of classic papers has quickly become the standard volume for information visualization. It is academic in nature, but clearly written and approachable. With over 700 pages and 47 articles, it is a valuable reference source. Read full review

Stuart K. Card is a Xerox Research Fellow and manager of the User Interface Research Group at Xerox PARC. He is the author of numerous technical articles and two other books on theories and designs in human-machine interaction. He and his group have contributed to more than 10 Xerox commercial products.

Jock D. Mackinlayis a member of the User Interface Research Group at Xerox PARC, where he has been developing 3D user interfaces for information visualization for over a decade. He received a Ph.D. in computer science from Stanford University and is a member of the editorial board of ACM Transactions on Computer Human Interaction.

Ben Shneiderman is a professor in the Department of Computer Science and founding director of the Human-Computer Interaction Laboratory at the University of Maryland. He was elected as a Fellow of the Association for Computing (ACM) in 1997, a Fellow of the American Association for the Advancement of Science (AAAS) in 2001, and a Fellow of the National Academy of Inventors (NAI) in 2015. He is a past recipient of the ACM SIGCHI Lifetime Achievement Award. Dr. Shneiderman is the author and coauthor of many books, technical papers, and textbooks. 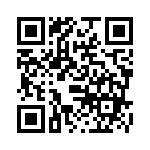