Yuri Diogenes, M.S, MBA, technical speaker and author of more than ten technical books about technology and information security published in United States and Brazil. In the past Yuri was also a University Professor and a Certified Instructor. After his journey to lose one hundred pounds, Yuri became a NPC (National Physique Committee) bodybuilder competitor.

Jodi Leigh Miller earned the title of Ms. Natural Olympia in 2011 and 2012, and set national and world records in the American Powerlifting Federation and World Powerlifting Congress. Jodi is currently a top-five national-level National Physique Committee (NPC) Women’s Physique Competitor and has previously competed in Figure and Bodybuilding, having won the 2007 NPC Team Universe in the lightweight bodybuilding division. She holds a BA in English from the University of Texas at Austin, a lifetime secondary teaching certification in Texas, and is a certified personal trainer. 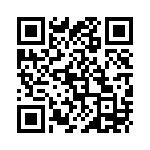