Garth Sundem is a TED-Ed speaker and former contributor to the Science Channel. He blogs at GeekDad and PsychologyToday.com. He has been published in Scientific American, Huffington Post Science, Fast Company, Men’s Health, Esquire, The New York Times, Congressional Quarterly, and Publishers Weekly. Garth grew up on Bainbridge Island, Washington, and currently lives in Boulder, Colorado, with his wife, two kids, and a pack of Labradors. 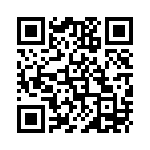