It's mostly just a repurposed journal, but the journal as is is still pretty interesting! Rodriguez's approach to filmmaking is very inspiring. Read full review

Diary entries for Rodriguez from the point at which he conceives of doing an extremely low budget film, through his drug testing to make money for the film, filming, selling the film in Hollywood, and the explosive reaction to the film afterward. Lots of encouragement for other film makers. Read full review

ROBERT RODRIGUEZ is an independent screenwriter and director of more than fifteen feature films. He pioneered the “Mariachi-style” and “one-man film crew” styles of filmmaking, and is the founder of the production company, Troublemaker Studios. Some of Rodriguez’s films include Sin City, Desperado, Once Upon a Time in Mexico, The Faculty, Sharkboy and Lavagirl, Spy Kids, Planet Terror, and Machete. He has collaborated with Quentin Tarantino on From Dusk Till Dawn and Grindhouse. 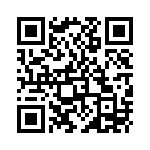