KAREN SANDLER is the author of the Tankborn trilogy as well as seventeen novels for adults and several short stories and screenplays. Before becoming a full-time writer, she worked as a software engineer, including work on the Space Shuttle program and communications satellites. She lives in northern California with her husband, Gary, and their three cats, and can often be found riding her Andalusian/Morgan mare, Belle. Find out more at karensandler.net. 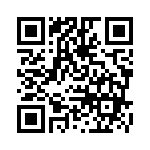