Dr. Jay Grimstead was born in 1935 and raised in Tacoma, Washington by his godly, Presbyterian grandmother. He graduated from Sterling College in Kansas with a B.S. in Biology, and from Fuller Seminary with a Masters in Theology in 1961, and with a Doctor of Ministry degree in 1976. From 1957 to 1977, Dr. Jay served as a leader and Area Director for Young Life Campaign, running camps and clubs, evangelizing non-church teenagers, and training college Christians.

In 1977, Dr. Jay was moved by God to give birth to the International Council on Biblical Inerrancy (ICBI) along with world-respected conservative theologians he had called together to defend the inerrancy of the Bible and to create the "Chicago Statement on Biblical Inerrancy." In 1984, he called together 113 evangelical leaders and theologians and founded the Coalition on Revival to encourage the Reformation of the Church, to promote "Bible-obedient Christianity," and to create the 17 Worldview Documents on how the Bible applies to every area of life. In 1991, Dr. Jay and certain theologians who stayed with his vision from the ICBI and COR formed the Church Council movement and continued creating theological documents to counteract certain falsehoods which were then being taught within evangelical churches and schools. There are now 24 such documents which have been thus created as the need presented itself year by year, which documents are the core of this book and will form the primary discussion agenda for the proposed "International Church Council" to take place in 2017 in Wittenberg, Germany during the 500th Anniversary of Martin Luther nailing his 95 Theses to the castle church door in 1517.

Dr. Jay lives in Murphys, California, with his pharmacist-nutritionist wife, Donna. They have two adult children: Julie, who lives in Santa Clara, California, and Guy who lives near St. Louis, Missouri, with his wife, Mande, and their three preschool boys, Boaz, Ezra, and Ezekiel.

Eugene Clingman served as Senior Pastor of a small church and as Associate Pastor with several other churches. After 1999, Eugene served with Dr. Jay Grimstead in the Coalition on Revival and as co-author of Rebuilding Civilization on the Bible, and was the Executive Administrator of the International Church Council Project. In 2013, he obtained the Doctor of Ministry degree from Heber Springs Theological Seminary (Heber Springs, Arkansas).

Dr. Jay Grimstead, the primary author of Rebuilding Civilization on the Bible, was father and mentor to Eugene since 1999, and is still known as Uncle Jay by Eugene's eleven children. Uncle Jay's Godly impact on the Clingman family surely carries generational returns for the Kingdom of God. 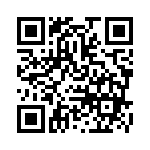