Vandana Shiva is a scholar, author, environmental activist, and food sovereignty advocate. Her pioneering work around food sovereignty, traditional agriculture, and women's rights, particularly in the Global South, has created fundamental cultural shifts in how the world views these issues. She is one of the leaders and board members of the International Forum on Globalization (along with Jerry Mander, Edward Goldsmith, Ralph Nader, and Jeremy Rifkin), and a prominent figure of the global solidarity movement known as the alter-globalization movement. She is a member of the scientific committee of the Fundacion IDEAS, Spain's Socialist Party's think tank and the International Organization for a Participatory Society. She received the Right Livelihood Award in 1993, an honor known as an Alternative Nobel Prize. She has received numerous other awards and honors for her work including the "Save the World" award in 2009 and the Sydney Peace Prize in 2010. Shiva has authored more than twenty books and is currently based in Delhi and in Dehradun, Uttaranchal at Navdanya, a community-based women-led organic farm, school, café, and farmer-collective founded by Dr. Shiva that promotes agroecology, seed freedom, and a vision of Earth Democracy, seeking justice for the Earth and all living beings.

Ronnie Cummins is founder and director of the Organic Consumers Association (OCA), a non-profit, US-based network of more than two million consumers dedicated to safeguarding organic standards and promoting a healthy, just, and regenerative system of food, farming, and commerce. Cummins also serves on the steering committee of Regeneration International and OCA's Mexican affiliate, Vía Orgánica. His latest book Grassroots Rising: A Call to Action on Climate, Farming, Food, and a Green New Deal was published in February 2020. He is based in Minnesota and San Miguel de Allende Mexico. 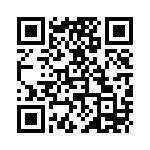