This is by far the best and most influential book on a critical period that has been politically interpreted and reinterpreted several times. Foner has the goods. He's done the research and shows how ... Read full review

Good book but hard reading Wish I had a better knowledge of reconstruction politics. Spot read after a bit, but full of information. Will save and try to reread after reading more on Pres.Johnson. Read full review 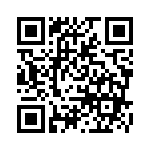