RED NOTICE: A True Story of High Finance, Murder, and One Man's Fight for Justice

If you struggle to understand what is happening in our live history in our generation, this is a story that explains a lot of the motivation behind what is happening in America today, especially with this current administration. Putin has hated America ever since the Soviet Union has fallen and seems determined to undermine all that America and its constitution stands for. This story lets you know what real and true businessmen go through if they make the mistake of working with Russia. Now that Senator McCain and Barrack Obama worked with Bill Browder to turn his story into a humanitarian disciplinary law to sanction those who would maliciously harm others, namely The Magnitsky Act, Putin is on a rampage. Fortunately Magnitsky and his memory of national loyalty will be honored on a global scale and actors like Putin will see their days numbered.

Bill Browder, founder and CEO of Hermitage Capital Management, was the largest foreign investor in Russia until 2005. Since 2009, when his lawyer, Sergei Magnitsky, was murdered in prison after uncovering a $230 million fraud committed by Russian government officials, Browder has been leading a campaign to expose Russia’s endemic corruption and human rights abuses. Before founding Hermitage, Browder was vice president at Salomon Brothers. He holds a BA in economics from the University of Chicago and an MBA from Stanford Business School. 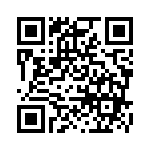