Snow's account of his time with Mao and his army after the Long March is fascinating, but you have to keep Snow's sympathies in mind as you read. Of course, in 1937 perhaps he couldn't imagine the horrors that lay in store for China under Mao's rule. Read full review

This is a review of the review that starts:
"This book is Communist sympathizing drivel. "
You end it by quoting the fact that the reds lost 100,000 lives fighting the Japs. Assuming this number is close to correct; that's one MASSIVE loss of lives; regardless of the KMT's much greater losses; and, in no way, backs-up your claims just above this fact that Mao and the reds did nothing to fight the Japs, everything to run away and/or left the job up to the Soviets.
Speaking of the Soviets, Stalin called Mao a "Radish Communist": "Red" on the outside; and white on the inside; in other words, "super-militant" in presentation; reactionary in essence.
Having studied Mao's 5-6 Volumes, Selected Works, and knowing a bit about the history of that period; I'd have to agree with Stalin on this one.
Mao's writing is a lot like the Bible imo. It is so ambiguous and self-contradictory as to be more confusing than enlightening; and, is generally useless as any positive moral guide.
One example: he's a world's greatest opponent of the rich; but he claims that, in such a populous country, only FOUR families are enemies of the people. And, once in power, he/the Party, coddled the super-rich Chinese to the max. Sounds like a Radish Red to me.
In other words, my recommendation is - don't waste your time reading Mao; UNLESS you have a real (technical?) need to.
P.S. I read "Red Star ..." when it first came out; so long ago that I remember nothing from it. Perhaps there was nothing worth remembering? It could also be that the memories have been crowded out or just forgotten after all this time.

Edgar Snow, a native of Missouri, went to the Far East when he was twenty-two. He made his home in China for twelve years, studied the country and the language, and lectured at Yenching University in Peking, where his friends included students who are among China's leaders today. As a foreign correspondent in China, Burma, India, and Indochina he worked successively for the Chicago Tribue, New York Sun, New York Herald Tribune and London Daily Herald. Then, as associate editor of the Saturday Evening Post, he reported wartime and postwar events in Asia and Europe and became its widely quoted specialist on China, India, and the U.S.S.R. He is the author of eleven books, including The Battle for Asia, People on Our Side, , Journey to the Beginning, Red China Today: The Other Side of the River, and The Long Revolution. He died in 1972 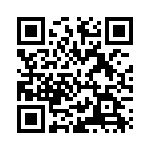