I have reached my goal of finishing this book and writing about it before the election, although I happened to have voted a couple of weeks ago thanks to Washington state's new mail-in ballot system ... Read full review

As the 2008 election season reaches its peak, media pundits will speak gravely of the deep ideological divisions reflected in a political map of red and blue states, but according to Gelman ... Read full review

Andrew Gelman is professor of statistics and political science at Columbia University. His books include Teaching Statistics: A Bag of Tricks. He received the Presidents' Award in 2003, awarded each year to the best statistician under forty. 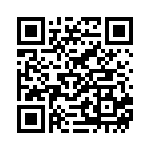