Michael Lienesch, professor of political science at the University of North Carolina at Chapel Hill, is author of New Order of the Ages: Time, the Constitution, and the Making of Modern American Political Thought and coeditor of Ratifying the Constitution. 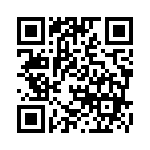