Dale Patrick taught at the Missouri School of Religion and Drake University, from which he retired in 2009. In retirement he and his wife taught at United Theological College as a volunteer Visiting Scholar for two years. He has the following books to his credit: Arguing with God: The Angry Prayers of Job (1977); The Rendering of God in the Old Testament (1981); Old Testament Law: An Introduction (1984); Rhetoric and Biblical Interpretation (1990), with Allen Scult; and The Rhetoric of Revelation in the Hebrew Bible (1999). 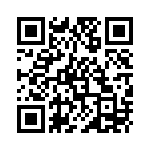