Lee G. Bolman holds the Marion Bloch/Missouri Chair in Leadership at the Bloch School of Business and Public Administration at the University of Missouri-Kansas City. He consults worldwide to corporations, public agencies, universities, and schools. In addition to his many books with Terry Deal, he is also coauthor of Reframing Academic Leadership with Joan V. Gallos.

Terrence E. Deal left active university life as the Irving R. Melbo Clinical Professor of the University of Southern California's Rossier School of Education. He is the coauthor of twenty-three books, including the bestselling Corporate Cultures (with A. A. Kennedy, 1982) and Managing the Hidden Organization (with W. A. Jenkins, 1994).

Bolman and Deal are also coauthors of Leading with Soul (now in its third edition), Wizard and Warrior, and their forthcoming book, Reframing Leadership (also from Wiley). 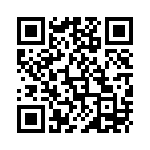