This is a must read book. It is a heart felt story of God's grace and his provisions. You will gain a whole new perspective of how God provides even in war times. 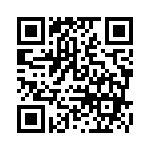