Where I got the book: my local library. My name is Jane, and I . . . am a Scanner. At last someone has put a name to what I tend to think of as my Low Boredom Threshold. My ability to get interested ... Read full review

BARBARA SHER is a business owner, career counselor, and creator of the motivational innovation Success Teams (now operating in career centers, Fortune 100 companies, and entrepreneurial associations around the world). She is the bestselling author of six self-help books, including Wishcraft (over a million copies sold since 1979) and I Could Do Anything If Only I Knew What It Was (half a million copies since 1994). She has appeared on national and local radio and television, including Oprah, PBS, Today, 60 Minutes, and Good Morning America. She lives in New York City. 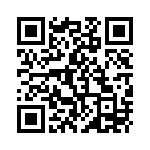