I read this book as an undergrad and my lasting impression is that it went on forever. As a resource on poverty and the welfare system, this book can't be beat. It's worth the time but is so chock full of information that it warrants more than one glance. Read full review 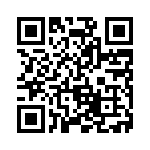