This was a solid book, with moments of some surprising humor. However, it felt a bit slim after having just read two other deep and involved books about social collapse: the peak oil-focused ... Read full review

This book is serious, but also very funny. He doesn't argue for a "collapse" of the U. S., he just assumes that it will happen and shows the similarity between the U. S. and the U. S. S. R. on that basis. Read full review

\Dmitry Orlov was born in Leningrad and immigrated to the United States at the age of 12. He was an eyewitness to the Soviet collapse over several extended visits to his Russian homeland between the late eighties and mid-nineties. He is an engineer with a BS in Computer Engineering and an MA in Applied Linguistics. 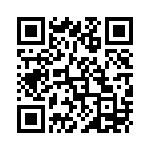