David M. Einhorn has been a partner in the Tax Department at Wachtell, Lipton, Rosen & Katz since 1982. He specializes in the tax aspects of partnerships, bankruptcy reorganizations and mergers and acquisitions, with an emphasis on transactions involving Real Estate Investment Trusts (REITs). Mr. Einhorn is a member of the Tax Sections of the New York State and American Bar Associations and has lectured and written about tax matters relating to REITs, bankruptcies and mergers and acquisitions. He received a J.D. degree from Fordham University in 1976 and an LL.M. from New York University in 1979. He is admitted to practice in the New York State courts and in the Southern and Eastern Districts of New York, as well as the U.S. Tax Court and U.S. Court of Federal Claims.

Adam O. Emmerich is a partner Wachtell Lipton's Corporate Department. He has extensive experience handling mergers and acquisitions, divestitures, spin-offs, joint ventures, and financing transactions, as well as takeover defense and corporate governance issues. He is a frequent speaker at bar and professional conferences on topics relating to mergers and acquisitions. Mr. Emmerich attended Swarthmore College and The University of Chicago, from which he received his Juris Doctor degree with honors. While at the University of Chicago, Mr. Emmerich served as Topics and Comments Editor of The University of Chicago Law Review, was elected to the Order of the Coif, and received an Olin Fellowship in law and economics. Following law school, he served as law clerk to Judge Abner J. Mikva, of the United States Court of Appeals for the District of Columbia Circuit.

Robin Panovka is a partner at Wachtell, Lipton, Rosen & Katz specializing in mergers and acquisitions, strategic transactions and corporate governance, principally in the real estate, REIT and hospitality sectors. He is a frequent speaker and author on topics involving mergers and acquisitions, REITs and commercial real estate. Mr. Panovka is co-chair of the advisory board of New York University's REIT Center for the study of Public Real Estate Companies, and serves on the advisory board of NYU's Real Estate Institute. He is also a member of the American College of Real Estate Lawyers and serves on the boards of Duke University School of Law and the Harlem Educational Activities Fund. Mr. Panovka was born in Johannesburg, South Africa and lived in Israel for eleven years. He earned his bachelor's degree cum laude from Cornell University and received his J.D. (with honors) from Duke University. He is a member of the New York and Georgia Bars. 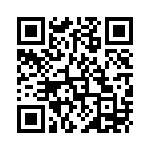