James Thrower is a professor in the history of religions and director of the Centre for the Study of Religions at the University of Aberdeen, Scotland. 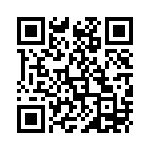