Throughout his career, Ian Barbour has been at the forefront of the dialogue between scientists and theologians. Trained as a physicist, with a Ph.D. from the University of Chicago (1950), and as a theologian, with a B.D. from Yale University (1956), Barbour has drawn on the philosophical insights of both disciplines to transcend their boundaries. As a professor of both physics and religion, Barbour's initial books depict the relationships between physical science and religion. For example, his broad-ranging overview Issues in Science and Religion (1966) and his classic Myths, Models and Paradigms (1974) focus on the language parallels between these disciplines. During the 1970s and 1980s, Barbour began to expand his focus to include technological and environmental themes; at that time, the field of STS emerged in response to increased concern over technology's societal impacts, especially regarding energy and the environment. During this period he published Technology, Environment, and Human Values (1980) and Energy and American Values (1982), as well as several edited collections of essays, including Earth Might Be Fair: Reflections on Ethics, Religion, and Ecology, (1971) and Western Man and Environmental Ethics (1972). All of the books focus on the need for an enhanced technological and environmental ethic. Recently, Barbour has continued to pursue these intertwined themes in his 1989-91 Gifford Lectures at the University of Aberdeen, Scotland, which were published as Religion in an Age of Science (1990) and Ethics in an Age of Technology (1993). Barbour serves as Winifred and Atherton Bean Professor Emeritus of Science, Technology, and Society at Carlton College. 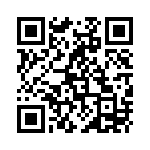