R. H. Tawney, the renowned English economist, was born in India in 1880. He studied at Balliol College, Oxford, taught at the universities of Glasgow and Oxford, and was professor of economic history at the University of London. In addition to his many writings, Tawney was active in the British Labour Party for over fifty years. He served on many public bodies and as economic advisor to the British government. 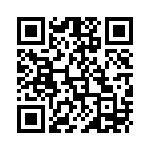