Stewart M. Hoover is Professor of Media Studies in the School of Journalism and Mass Communication, at the University of Colorado, Boulder. 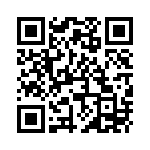