Richard London is a native of the San Francisco area. He grew up participating in the leftist fervor of the 1960s and 1970s. He studied philosophy and music in New York and San Francisco. The Religion of Macho is the result of 14 years of full time research. 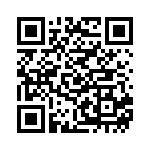