I just finished this book today, after reading it in bits and pieces for about a year. And wow, what a staggering work of art this book is! I don't really have a clue how to 'review' it adequately ... Read full review

Rembrandt is the greatest painter of the Dutch School and one of the greatest painters of all time. With a glowing sense of color, he was often somber, with a tragic view of reality and the human condition and a wonderful eye for light and darkness. He was prodigiously creative:More than 600 paintings, more than 300 etchings (many of them masterpieces), and approximately 2,000 drawings (including many exquisite landscape sketches) have been counted. Biblical and historical subjects take up a large part of his work, but he was also a marvelous portrait painter, as we see in the portraits of his mother, his first and second wives, and his son, but above all in his searching self-portraits, done at various stages of his life---from the hopeful, lighthearted youth to the disillusioned but unflinching and deeply introspective old man. He completed more than 60 self-portraits---a record unique in the history of art. Born in Leiden, in the Netherlands, Rembrandt moved to Amsterdam in 1631, where he spent the rest of his life. In his youth he loved luxury and the pleasures of life; later he became increasingly austere. Rembrandt was highly successful in his early years, but prevailing taste and his own style developed in very different directions. He died a poor and isolated man in 1669. The Night Watch and The Anatomy Lesson of Dr. Tulp (both in Amsterdam) are among his most famous paintings. Among the etchings, the Hundred Guilder Print stands out. 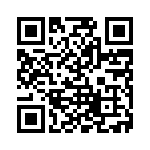