I can't believe the author, Ashley Royer, is still in high school. I really enjoyed reading this book. It is emotional, dark, funny,and realistic. At first, I thought I would not enjoy a dark ... Read full review

Ashley Royer is a seventeen-year-old high school honor student who lives north of Boston, Massachusetts. She works at a local retirement community, where she is part of the wait staff and serves the residents. Ashley has been publishing her writing on Wattpad since she was thirteen years old, and has over 30 million combined reads on her stories. Remember to Forget is her first published book. Ashley also has a YouTube channel, callmeashley98, where she posts videos and covers of songs. You can follow her on twitter: @singsongash and @RTFbook. 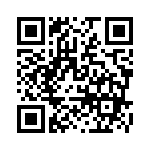