Very thought provoking and insightful look at the role and influence of money in politics, but even further, in our entire political and economic system. The author also has suggestions on handling ... Read full review

Larry Lessig is one of the best thinkers of our time, and this is another great book that explains the world we live in. His take on "corruption," and how our elections have been altered by private money is a cogent argument for why we think all of our politicians are untrustworthy. Read full review

Lawrence Lessig is the Roy L. Furman Professor of Law and Leadership at Harvard Law School, and director of the Edmond J. Safra Center for Ethics at Harvard University. Prior to rejoining the Harvard faculty, Lessig was a professor at Stanford Law School, where he founded the school's Center for Internet and Society, and at the University of Chicago. He clerked for Judge Richard Posner on the 7th Circuit Court of Appeals and Justice Antonin Scalia on the United States Supreme Court.

Lessig serves on the Board of Creative Commons, MapLight, Brave New Film Foundation, The American Academy, Berlin, AXA Research Fund and iCommons.org, and on the advisory board of the Sunlight Foundation. He is a Member of the American Academy of Arts and Sciences, and the American Philosophical Association, and has received numerous awards, including the Free Software Foundation's Freedom Award, Fastcase 50 Award and being named one of Scientific American's Top 50 Visionaries.

Lessig holds a BA in economics and a BS in management from the University of Pennsylvania, an MA in philosophy from Cambridge, and a JD from Yale. 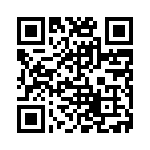