David C. Hendrickson is Professor of Political Science at Colorado College and the author of eight books, including Peace Pact: The Lost World of the American Founding. 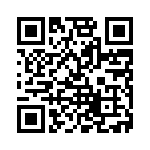