These 21 "essays and outrages'' by humorist O'Rourke are certainly wide-ranging, as evidenced by the publications in which they first appeared: National Lampoon (where he was editor during the late ... Read full review

P. J. O'Rourke was born in Toledo, Ohio on November 14, 1947. He received a B. A. from Miami University in Oxford, Ohio and a M.A. in English from Johns Hopkins University. He worked for the magazine National Lampoon, eventually becoming editor-in-chief. He received a writing credit for National Lampoon's Lemmings which helped launch the careers of John Belushi and Chevy Chase. In 1981, he left the magazine to write screenplays including Rodney Dangerfield's Easy Money. He contributes regularly to several magazines including Playboy, Esquire, Vanity Fair, The American Spectator, The New Republic, The Atlantic Monthly, The Weekly Standard, and Rolling Stone. He is the author of 20 books including Parliament of Whores, Give War a Chance, All the Troubles in the World, Don't Vote! - It Just Encourages the Bastards, and How It Got That Way (And It Wasn't My Fault) (And I'll Never Do It Again). 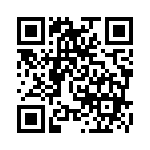