Ellis Sandoz is Hermann Moyse Jr. Distinguished Professor of Political Science and Director of the Eric Voegelin Institute for American Renaissance Studies at Louisiana State University. He is the author of numerous books, including A Government of Laws: Political Theory, Religion, and the American Founding and The Politics of Truth and Other Untimely Essays: The Crisis of Civic Consciousness . 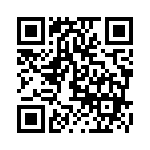