Alexander T. J. Lennon is the editor-in-chief of The Washington Quarterly, the flagship journal of the Center for Strategic and International Studies (CSIS). He is also a fellow in the international security program at CSIS, and an adjunct professor in Georgetown University's Security Studies program. He is the editor of The Epicenter of Crisis: The New Middle East; Reshaping Rogue States (MIT Press, 2008): Preemption, Regime Change, and U.S. Policy Toward Iran, Iraq, and North Korea (MIT Press, 2004); The Battle for Hearts and Minds: Using Soft Power to Undermine Terrorist Networks (MIT Press, 2003), What Does the World Want from America? and Contemporary Nuclear Debates (MIT Press, both 2002), and the coeditor (with Michael T. Mazarr) of Toward a Nuclear Peace (St. Martin's Press, 1994).

Camille Eiss is associate managing editor of The Washington Quarterly, the journal of the Center for Strategic and International Studies. 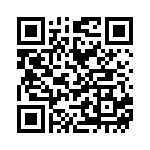