Jessica Jane Robinson has a BA degree in Performing Arts and Social Justice, minor in dance from the University of San Francisco. Jessica participated as Miss Alameda for the 2010 and 2011 Miss California USA pageant; with the platform of reducing landfill and greenhouse gas emissions and promoting clean technology and energy. As Miss Alameda, Jessica has sought to encourage behavior changes among the public by promoting Alameda's recycling and composting program in local schools and businesses. She is one of the founders of Miss Alameda Says Compost (MASC), recruiting restaurants in Alameda to recycle and compost. Ms. Robinson has helped the City of Alameda reach 75% diversion in 2012, by the success of her program and outreach. She has been a Climate Leader under Vice President Al Gore since 2012. 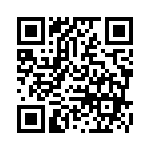