Sorry but I didn't read the book... What about America? It's a whole continent and if you want to separate them between those who speak a Latin language you should include Canada in this discussion. They have two languages: English and French. I am Brazilian and as a Brazilia I don't agree when you refer to us as "Latin Americans" because this decision is policital and very cliche. When you hear about Latin America in general there are negative issues.So instead of Latin Americans, call us Americans because that's the name of our continent.

Mari Carmen Ram'rez is the Wortham Curator of Latin American Art and director of the International Center for the Arts of the Americas at The Museum of Fine Arts, Houston. Héctor Olea is an independent scholar and curator specializing in Latin American modern art. Tomás Ybarra-Frausto was the associate director for creativity and culture at the Rockefeller Foundation in New York. 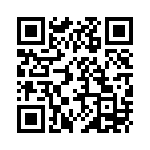