Try the new Google Books
Check out the new look and enjoy easier access to your favorite features
Try it now
Buy eBook - $36.96

Stephanie R. Rolph, associate professor of history at Millsaps College, earned her Ph.D. in 2009 from Mississippi State University, where she specialized in the history of the American South. 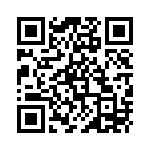