Paul Bowles is a professor of economics and international studies at the University of Northern British Columbia. He is the author of Capitalism (Pearson, 2012) and co-author (with Henry Veltmeyer) of The Answer Is Still No: Voices of Pipeline Resistance (Fernwood Books, 2014).

Gary N. Wilson is a professor of political science at the University of Northern British Columbia and an adjunct professor at the Johnson-Shoyama Graduate School of Public Policy at the University of Saskatchewan. His work has appeared in the Canadian Journal of Political Science, Canadian Foreign Policy, and Europe-Asia Studies among other journals. 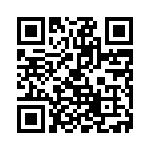