Dr. Tamir Bar-On is a Full Professor in the Department of International Relations and Humanities at the Monterrey Institute of Technology and Higher Education (Tecnológico de Monterrey), Campus Querétaro (Mexico). He is the author of Where Have All The Fascists Gone? (2007). Bar-On received his PhD from McGill University and previously taught political science at Wilfrid Laurier University, University of Windsor, University of Toronto, and George Brown College. 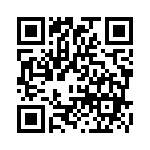