Anthony F. C. Wallace is a professor emeritus of anthropology at the University of Pennsylvania. He is the author of many books, including The Social Context of Innovation: Bureaucrats, Families, and Heroes in the Early Industrial Revolution, as Foreseen in Bacon’s “New Atlantis” (Nebraska 2003).
Robert S. Grumet is an archaeologist for the National Park Service, Mid-Atlantic Region. He is the editor of Northeastern Indian Lives: 1632–1816 and the author of Historic Contact: Indian People and Colonists in Today’s Northeastern United States in the Sixteenth through Eighteenth Centuries. 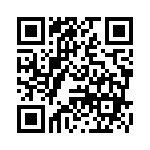