LUCIANO PELLICANI is Professor of Political Sociology at the Libera Universita Internazionale degli Studi Sociali of Rome, Director of the School of Journalism LUISS of Rome, and editor of Mondoperaio, the review founded by the socialist leader Pietro Nenn. He is also president of the Foundation Gino Germani. 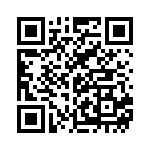