Vincent Barletta is associate professor of comparative literature and Iberian and Latin American cultures at Stanford University. He is the author of Death in Babylon: Alexander the Great and Iberian Empire in the Muslim Orient and Covert Gestures: Crypto-Islamic Literature as Cultural Practice in Early Modern Spain. 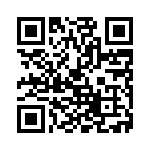