3/30/22. Rich Dad Poor Dad: What the Rich Teach Their Kids About Money That the Poor and Middle Class Do Not! by Robert Kiyosaki Why I picked this book up: Since downloading TikTok and watching people ... Read full review

First half of book was fascinating take on how money can make money. Liked the two scenarios of rich dad/poor dad and how they both think about money. Read full review

Robert Kiyosaki was born and raised in Hawaii, and is a fourth-generation Japanese-American. He attended college in New York, and after graduating, joined the Marine Corps and served in Vietnam as an officer and helicopter gunship pilot. After the war, Robert worked for the Xerox Corporation as a salesman. In 1977, he started a company that brought the first nylon Velcro 'surfer wallets' to market. In 1985 he founded an international education company that taught business and investing to students throughout the world. In 1994 Robert sold his business and retired at the age of 47. During this somewhat short-lived retirement, Robert, collaborating with co-author Sharon Lechter, a C.P.A. and his business partner, wrote the bestselling book "Rich Dad, Poor Dad". 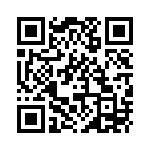