Right-Wing Populism in America: Too Close for Comfort

Through a sociopolitical lens, Berlet and Lyons present a historical look at right-wing populist movements. They begin with Bacon's Rebellion in 1676 and conclude with the Clinton presidency ... Přečíst celou recenzi

Right-wing populism in America: too close for comfort

Chip Berlet has written about right-wing movements for over 20 years, with bylines in The New York Times, The Boston Globe, The Progressive, and scores of other publications. He is senior analyst at Political Research Associates in Somerville, MA, and editor of Eyes Right! Challenging the Right Wing Backlash. He has contributed articles and chapters to several scholarly books and journals and his media appearances and citations as an expert include Newsweek, National Public Radio, and Nightline.

Matthew N. Lyons is a historian, activist, and writer whose work has focused on systems of oppression and social movements. He is research associate for the Hansberry-Nemiroff Archival, Educational, and Cultural Fund, and author of The Grassroots Network: Radical Nonviolence in the Federal Republic of Germany, 1972-1985.

[Update note as of 12/01:] Matthew Lyons lives in Philadelphia, is an archivist at the Historical Society of Pennsylvania, and received a Master of Library
Service from Rutgers University in 2001 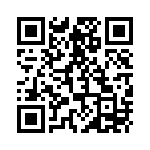