Domenic Priore is a writer and television producer specialising in pop culture and music. He is the author of Beatsville (with Martin McIntosh) and Smile: The Story of Brian Wilson's Lost Masterpiece (with forewords by Brian Wilson and Van Dyke Parks), and was the main writer on the AMC documentaries Hollywood Rocks The Movies: The Early Years 1955-1970 (hosted by Ringo Starr) and Hollywood Rocks The Movies: The 1970s (hosted by David Bowie). A native of Los Angeles, Priore has now returned there after living in New York City and San Francisco.Widely hailed as a genius, Arthur Lee was a character every bit as colorful and unique as his music. In 1966, he was Prince of the Sunset Strip, busy with his pioneering racially-mixed band Love, and accelerating the evolution of California folk-rock by infusing it with jazz and orchestral influences--a process that would climax in a timeless masterpiece, the Love album Forever Changes. 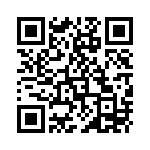